I wish I had more time to blog in detail about all the fun I had in NYC last month! I visited once a couple years ago when I had some work at Salmagundi, but only for a couple days. This time I got to spend 9 days by myself in the city. I *loved* it!

Day 1 I basically arrived in the afternoon, walked around, and got to know the area I was in a little. I stayed at the New Yorker Hotel, which I was pleased with and it was a decent price for Midtown Manhattan. Plus I do really like art deco, and it was convenient to the subway. 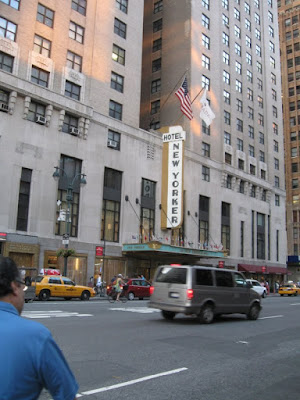 Day 2 I hit some galleries. Unfortunately, I had made all my plans a month or so ahead of time, and though I thought all the galleries I was planning to go to would be open still on the last day of July, I didn't realize many galleries were actually changing their hours for the summer and weren't open on Saturday. I went to Forum and Hirschl & Adler and maybe one other that were all closed before figuring this out. So, I went back to the hotel and checked on some other galleries' hours, then headed to Chelsea. I went to a number of galleries, most notably Joshua Liner where I picked up a copy of Travis Louie's "Curiosities." I later found out he had just been there an hour before me... wish I would have known so I could get my copy signed! 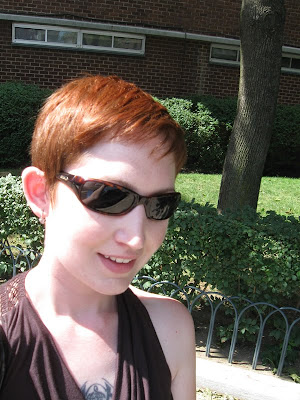 Somewhere outside of Chelsea.
Since the day was somewhat of a bust and I had time left, I decided to take myself to the Bodies exhibition. I have to be honest that I was a little let down. The exhibit had come through Kansas City before, but I was too chicken to see it. But I've been really learning a lot about anatomy lately so I went hoping to do lots of muscle studies in my sketchbook. There were fewer whole bodies on display than I thought there'd be, and unfortunately the lighting was so dark that I wasn't able to draw anything even halfway decent. The bodies themselves were well lit, but the difference between the light when you looked at the subject and when you looked at the paper was too drastic and I couldn't see what I was drawing at all. However, I did learn a lot by looking and it was still fascinating. I also spent a couple minutes at the seaport, which was nice. 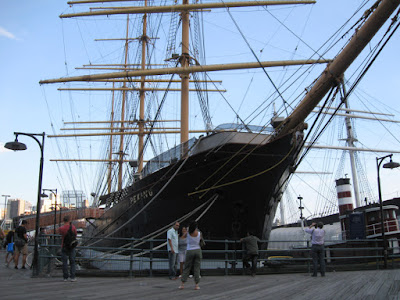 Seaport.
Day 3 was Sunday, and I spent the whole day at the Met. I brought a sketch book and did some compositional studies of paintings, and partially copied a drawing of a horse's butt. Drawing at the Met was easier, but still tiring trying to hold up my sketchbook high enough to see well while dodging other people trying to see what I was drawing. Plus, I had spent at least 6 hours walking the day before, so my feet were already tired. Also, I missed the American exhibit this day since the wing was closed and I didn't figure out that the work had been moved to the visible storage. So, mostly I looked in-depth at the European exhibit and the a special drawing exhibit they had. I will include some of my favorite paintings/drawings in a separate post. 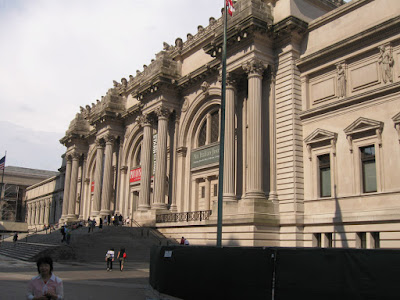 The Met.
While in NY I also discovered some places to buy cheap cotton dresses and leggings, which just happen to be my new favorite things to wear, so that evening I went shopping. OOh, and I thought this mosaic mural interesting, especially with my current series. 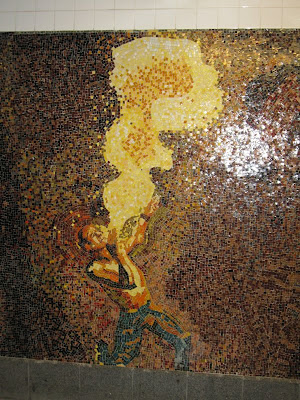 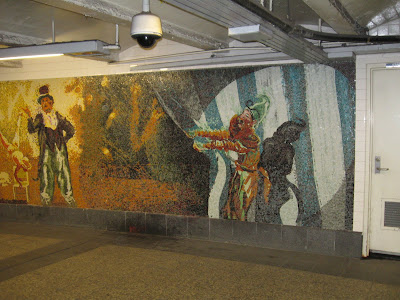 Day 4 was a Monday, and I was able to head to some galleries I missed on Saturday. I saw a painting by Graydon Parrish at Hirschl & Adler, and then met the artist as he was teaching at the Grand Central Academy. I was able to check out their cast room while I was there, too. Lots of fun, very interesting to see what everyone was working on. At forum, I asked about where I could see more of Steven Assael's work, and they were kind enough to bring out a few pieces they had in the back for me to study, even though they knew I am an artist and not a potential buyer! This day I also made my way to Utrecht and then to Vasari for some paint. The woman at Vasari was awesome, recommended some colors I hadn't tried which I am finding quite useful, and also gave me some printed info to put in my checked luggage so that they'd leave my supplies alone! 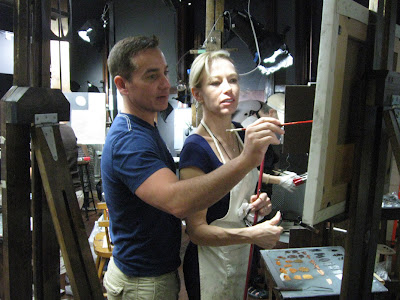 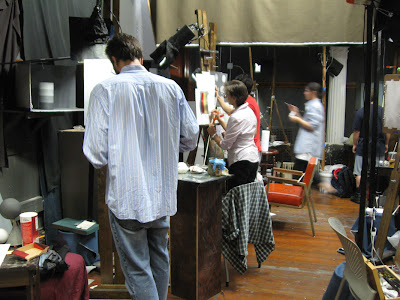 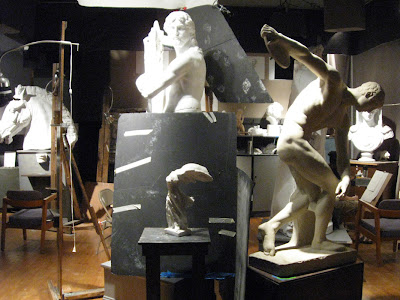 The cast room at GCA. 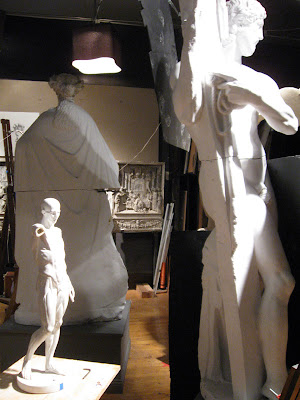 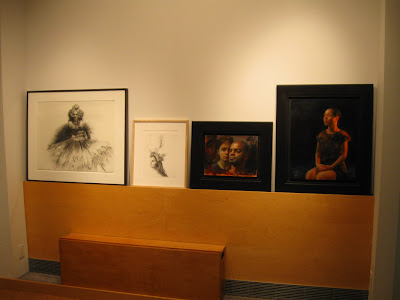 From the back room at Forum. 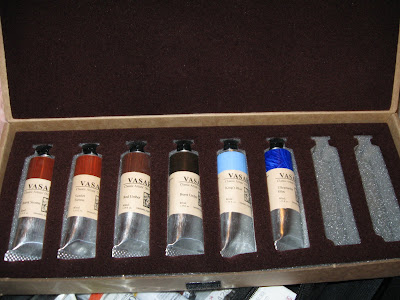 My new paints!
Tuesday I started a workshop with Steven Assael. I will post later about this workshop, and my other adventures of the last 5 days of my stay.
Posted by Lacey at 2:56 PM

I studied with him last year - you will love it and it will change your life.

At least that's what happened to me.

Love that pic from the back room at Forum - would you send to my email so I can investigate it more closely?

My computer died shortly after I wrote this post, so I don't currently have access to the images. Send me a message in a week or so and then I should be able to send you the pic.

Wow, Lacey! I can't wait to read more and hear about how Assael's class impacted your work! Assael is a favorite of mine, too!

I'm so happy that you got to be at Assael's workshop. He is a favorite artist of mine, too!!